George Orwell. English novelist, essayist, journalist, and critic. A master of allegory, of being outspoken about issues such as social injustice, totalitarianism, and the importance of defending democratic principles.

Here are some interesting facts about the author of 1984.

His real name was Eric (and Arthur), he was Born in India, and his father was in the opium business

His father, Richard W. Blair, was a civil servant employed by the Opium Department of the British Indian government in Motihari, India. His job was to oversee the growing of opium by the Indian farmers.

His first word was “Beastly”

Of course it was.

His family moved around a lot

First they moved to Henley-On-Thames, then they moved to Shiplake, into a house called “Rose Lawn”, where Eric spent most of his childhood. They would finally settle down in Southwold in the early 1920s to the late thirties. 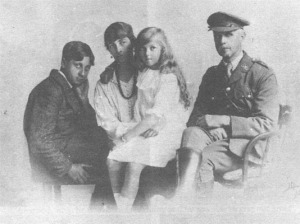 He was a policeman in Burma

Throughout his teenage years, George Orwell would wax poetic about the East, as it was the place of his birth, and the place of Rudyard Kipling. He decided to do some sort of Imperial Civil Service, like his father, but decided to go to Burma instead of India. He would become a policeman and be put in charge of some 200,000 people. He spent his free time reading, writing a little, and having servants tend to his every need. He acquired some tattoos on his knuckles and grew his famous mustache.

But before too long, he became disillusioned with the realities of working for the British Empire. While his father had stuck with Imperial life for at least forty years, Orwell decided to get out after five. After contacting dengue fever, he was allowed leave in 1927.

He willingly lived a life of poverty in Paris, and one of a tramp in London

Out of Burma, he now concentrated on being a writer full time. He wanted to write about the lives of the underdogs, and decided that the only way to do that is to become one of them. In Paris he washed dishes, and in London he became a tramp–all the while talking to people in actual poverty. But Orwell was never in danger of actually spending a huge amount of time in the gutter. In Paris he had his Aunt Nellie to help him with food when he was desperate. She also helped him find the room in rue Pot de Fer and would introduce him to Henri Barbusse, the man who published his first paid piece in 1929.  In London he had friends, and he spent a lot of his hop-picking days while still living in Southwold.

Orwell had the belief that people could do secret black magic on a person’s name— one of the many reasons he chose a pen name. In his early Eton days, he and a schoolmate created a voodoo doll out of soap of an older kid they felt bullied them. The kid would end up breaking his leg and, later, dying of cancer. Orwell felt guilty about this fact for the rest of his life. In Burma, he got small blue circles tattooed on his knuckles to ward off bad luck. 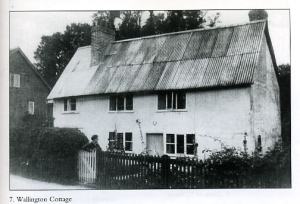 He fought in the Spanish Civil War

During the 1930s, Fascism was alive and well throughout Europe. Hitler gained power in Germany. Mussolini in Italy. Stalin in Russia. And Francisco Franco was attempting to do the same in Spain. Orwell believed that one should talk the talk only if one walked the walk (well, not in those words of course) and he proved this by going to Spain to fight on the Republican side against the Communists. In 1937 he was shot by a sniper’s bullet in the throat. It missed his jugular by (in the words of Maxwell Smart) THAT MUCH. He hadn’t fought for that long, but his experiences would change his life.

It always seemed that he and Hemingway were in the same places at the same time, but never met. Hemingway also fought a bit in the Spanish Civil War, and had lived in Paris the same time Orwell had (of course they didn’t run in the same circles). But Hemingway must have been following Orwell’s career because, according to Paul Pott’s essay on George Orwell,  Quixote On a Bicycle:

On another occasion when he got back to Paris, from a visit to the part of Germany reached by the now advancing allies, dressed in uniform (he was a War Correspondent for The Observer) and was staying at the Hotel Scribe, which was the Paris HQ for Allied War Correspondents, he looked in the register to see if there was anyone interesting to talk to. War Correspondents as such were, he said, terrible bores. To his delight he found Hemingway’s name. He had never met him. He went up to his room and knocked. When told to come in, he opened the door, stood on the threshold and said, “I’m Eric Blair.” Hemingway, who was standing on the other side of the bed, on which there were two suitcases, was packing, and what he saw was another War Correspondent and a British one at that, so he bellowed, “Well what the fucking hell do you want?” Orwell shyly replied, “I’m George Orwell.” Hemingway pushed the suitcases to the end of the bed, bent down, and brought a bottle of Scotch from underneath it and still bellowing said, “Why the fucking hell didn’t you say so. Have a drink. Have a double. Straight or with water, there’s no soda.”

He was quite the womanizer

Orwell had many woman friends that were lovers and then became friends. He had many friends with benefits. Once he had suggested a three-way with a lover from Southwold and his wife, Eileen, but was rejected. How did Eileen feel about all this? Did she know? She knew and didn’t seem to care, as they seemed to have had an open marriage.

Writing Nineteen Eighty-Four was a grueling process for him

The book isn’t that long, and is shorter than some of his older books. But it took forever to write. He first began writing it in 1946, but was bogged down by reviews and articles for newspapers. He had wanted to finish it in the summer of 1947, but didn’t get it done. Due to his advancing tuberculosis, the book took longer and longer to write. The book had originally started being set in 1980, then 1982, and finally 1984 as the writing process dragged on. He spent most of 1948 typing out the final manuscript.

The original title was The Last Man In Europe. But his publishers thought that Nineteen Eighty-Four was a better title.

He wrote a Communist Blacklist

Towards the end of his life, Orwell wrote out a list of notable writers and entertainers that, he felt, were not suitable to contribute to the Information Research Department’s anti-communist propaganda activities, i.e. those he felt were sympathetic to Communist causes. He had been keeping names in a notebook since the mid-1940s and wrote out his official list in 1949. They included such names as actors Charlie Chaplin and Michael Redgrave. Names that appeared in the notebook but not official list included actress Katherine Hepburn, poet Cecil Day-Lewis (father of actor Daniel Day-Lewis), George Bernard Shaw, John Steinbeck, and Orson Welles. One version of the list is still a British state secret.

7 thoughts on “Facts about George Orwell”

This site uses Akismet to reduce spam. Learn how your comment data is processed.